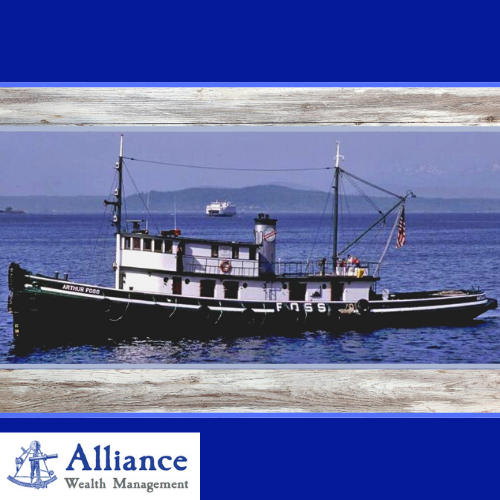 The Arthur Foss has a long and storied history, built back in 1889 in Portland, Oregon. It is likely the oldest wooden tugboat afloat in the world. It began its 79 year commercial service life with towing sailing ships over the Columbia River Bar and ended with hauling bundled log rafts on the Strait of Juan De Fuca in 1968. Some of the notable events in history that the Arthur Foss participated include the Klondike Gold Rush in the late 1800s, it saw service in World War II and was a major contributor to the booming logging industry in the Pacific Northwest in the mid 1900s. The Arthur Foss has now been declared a National Historic Landmark and is currently docked at the Historic Ships Wharf in Seattle, Washington.

The Arthur Foss tugboat exemplifies the fundamentals of this model. A Tugboat is a slow and steady workhorse that delivers predictable outcomes over time, which is exactly what this portfolio is designed to do. With a Diversified makeup of 60% fixed income and 40% equities, this portfolio looks to preserve as much of your principal as possible, while seeking modest gains.