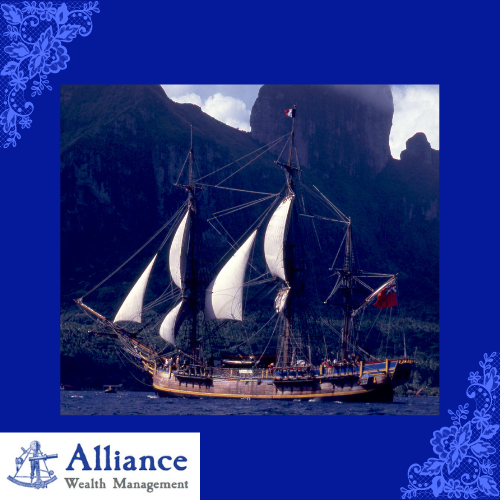 Many will remember the HMS Bounty from the famous 1935 movie Mutiny on the Bounty starring Clark Gable, James Cagney and Charles Laughton.  The HMS Bounty was a small merchant ship purchased by the Royal Navy in 1787 for an experimental mission in the South Pacific Ocean.  The mission was never completed owing to a 1789 mutiny led by acting lieutenant Fletcher Christian.  The mutineers later burned the Bounty while she was moored at Pitcairn Island.

Our traditional 60/40 conservative growth model portfolio is similar to the HMS Bounty, not for its historical events but rather for the name itself, the familiarity and the popularity of the ship lends well to this model.  This is a well-diversified model blending different asset classes, domestic and international exposure as well as growth and value securities.  This model strives to deliver Alpha on a risk adjusted basis while providing a level of downside protection.