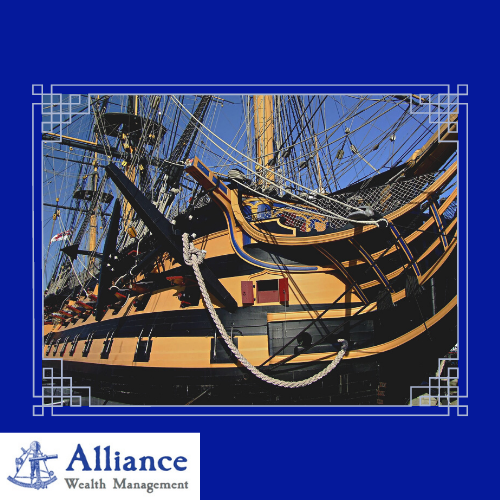 The HMS Victory is a 104-gun first rate ship of the line of the Royal Navy.  She was ordered in 1758, laid down in 1759 and launched in 1765.  She is best known as Lord Nelson’s flagship at the Battle of Trafalgar on October 21st, 1805.  She additionally served as Keppel’s flagship at Ushant, Howe’s flagship at Cape Spartel and Jervis’s flagship at Cape St Vincent.  After 1824 she was relegated to the role of harbor ship.  In 1922, she was moved to a dry dock at Portsmouth, England and preserved as a museum ship.  She has been the flagship of the First Sea Lord since October 2012 and is the world’s oldest naval ship still in commission with 244 years’ of service.

We couldn't even think of a better comparison for our 100% equity model.  This model seeks to outperform the S&P 500 by utilizing a complement of tactical and strategic sleeves to take advantage of current market and economic conditions.  Much like the HMS Victory, this model seeks to provide offense in a changing world.